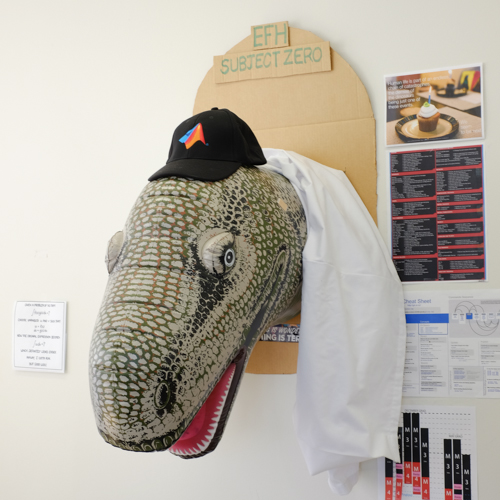 Subject Zero is the lab mascot; he joined the lab January 10th, 2013. The name Subject Zero comes from the fact that a particular experiment in the lab took a long time to publish; thus, subjects must have been recruited when dinosaurs roamed the earth. Even though his brethren fell to (ClimateChange / Volcanoes / Asteroids / Hemorrhoids / Disease / MammalianCompetition / ContinentalDrift / PlungingStockMarkets / ConservativeControlledSenate / Hipsters), Subject Zero still survives. We believe he may have cryogenically frozen himself, scheduling his thaw date to be the year 2013 in order to bring joy to a research laboratory in Chicago. His body, alas, has not been located. (Though if it ever is, we will have to hang it on the wall in the other room directly opposite his head…)

Subject Zero hangs out in room 1479, keeping an eye on everyone in the lab and making sure we all stay productive. This year, we’re hoping Subject Zero will be able to attend some conferences. He might even get to meet famous neuroscientists! 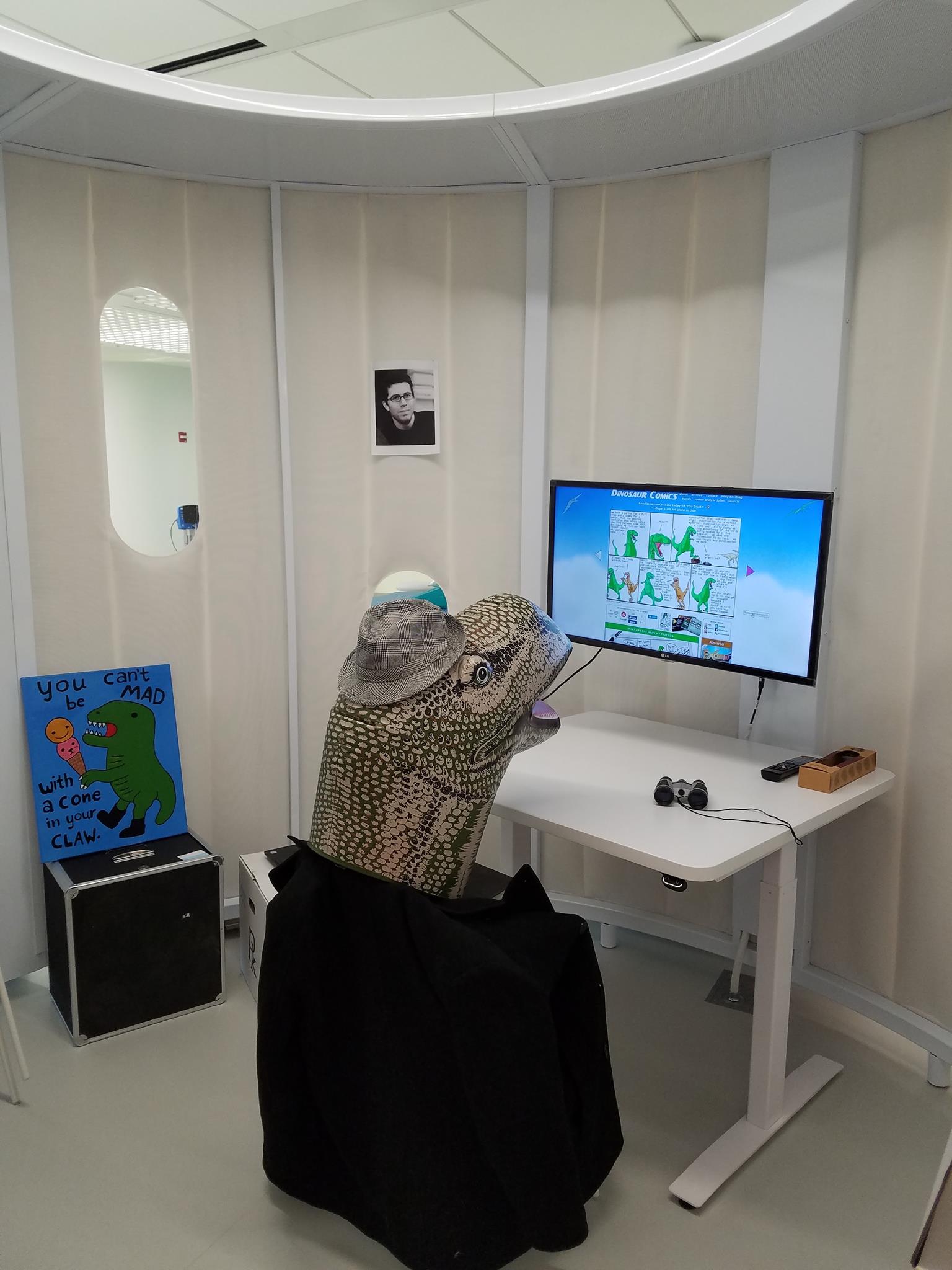 Subject Zero just move to his new office at Ability lab. He takes control all the grant applications and feeding all post-doc in the Kording lab with vegetarian meat, poultry and fish.

Subject Zero went to Cosyne with Daniel, Pavan, and Hugo, but they didn’t let him out of the hotel room. So he can say he’s been in Utah, but he’s never actually seen it. Of course, they could have just been playing a cruel practical joke on him…

Subject Zero is really interested in center-out reaching because he can’t do it himself.

Subject Zero’s hero is T-Rex from the constrained comic Qwantz. He (and Hugo) particularly enjoy adding words to the end of other’s sentences.

Sometimes during late evenings in the office, he, Max, and Hugo commiserate together, as all three of them have had friends who died 65 million years ago.

Subject Zero enjoys memes. Sometimes he prints them out and puts them on the back of Max’s chair. The girl who others know as Philosoraptor was his high school girlfriend, Tina.

Subject Zero likes jokes. He has a few: